14 Then the Lord said to Moses, 2 “Tell the Israelites to turn back and encamp near Pi Hahiroth, between Migdol and the sea. They are to encamp by the sea, directly opposite Baal Zephon. 3 Pharaoh will think, ‘The Israelites are wandering around the land in confusion, hemmed in by the desert.’ 4 And I will harden Pharaoh’s heart, and he will pursue them. But I will gain glory for myself through Pharaoh and all his army, and the Egyptians will know that I am the Lord.” So the Israelites did this.

5 When the king of Egypt was told that the people had fled, Pharaoh and his officials changed their minds about them and said, “What have we done? We have let the Israelites go and have lost their services!” 6 So he had his chariot made ready and took his army with him. 7 He took six hundred of the best chariots, along with all the other chariots of Egypt, with officers over all of them. 8 The Lord hardened the heart of Pharaoh king of Egypt, so that he pursued the Israelites, who were marching out boldly. 9 The Egyptians—all Pharaoh’s horses and chariots, horsemen[a] and troops—pursued the Israelites and overtook them as they camped by the sea near Pi Hahiroth, opposite Baal Zephon.

10 As Pharaoh approached, the Israelites looked up, and there were the Egyptians, marching after them. They were terrified and cried out to the Lord. 11 They said to Moses, “Was it because there were no graves in Egypt that you brought us to the desert to die? What have you done to us by bringing us out of Egypt? 12 Didn’t we say to you in Egypt, ‘Leave us alone; let us serve the Egyptians’? It would have been better for us to serve the Egyptians than to die in the desert!”

1When the people saw that Moses was so long in coming down from the mountain, they gathered around Aaron and said, “Come, make us gods[a] who will go before us. As for this fellow Moses who brought us up out of Egypt, we don’t know what has happened to him.”

2 Aaron answered them, “Take off the gold earrings that your wives, your sons and your daughters are wearing, and bring them to me.” 3 So all the people took off their earrings and brought them to Aaron. 4 He took what they handed him and made it into an idol cast in the shape of a calf, fashioning it with a tool. Then they said, “These are your gods,[b] Israel, who brought you up out of Egypt.”

5 When Aaron saw this, he built an altar in front of the calf and announced, “Tomorrow there will be a festival to the Lord.” 6 So the next day the people rose early and sacrificed burnt offerings and presented fellowship offerings. Afterward they sat down to eat and drink and got up to indulge in revelry.

7 Then the Lord said to Moses, “Go down, because your people, whom you brought up out of Egypt, have become corrupt. 8 They have been quick to turn away from what I commanded them and have made themselves an idol cast in the shape of a calf. They have bowed down to it and sacrificed to it and have said, ‘These are your gods, Israel, who brought you up out of Egypt.’

9 “I have seen these people,” the Lord said to Moses, “and they are a stiff-necked people. 10 Now leave me alone so that my anger may burn against them and that I may destroy them. Then I will make you into a great nation.”

11 But Moses sought the favor of the Lord his God. “Lord,” he said, “why should your anger burn against your people, whom you brought out of Egypt with great power and a mighty hand? 12 Why should the Egyptians say, ‘It was with evil intent that he brought them out, to kill them in the mountains and to wipe them off the face of the earth’? Turn from your fierce anger; relent and do not bring disaster on your people. 13 Remember your servants Abraham, Isaac and Israel, to whom you swore by your own self: ‘I will make your descendants as numerous as the stars in the sky and I will give your descendants all this land I promised them, and it will be their inheritance forever.’” 14 Then the Lord relented and did not bring on his people the disaster he had threatened. 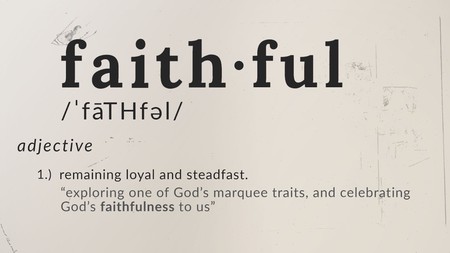