More Than This World 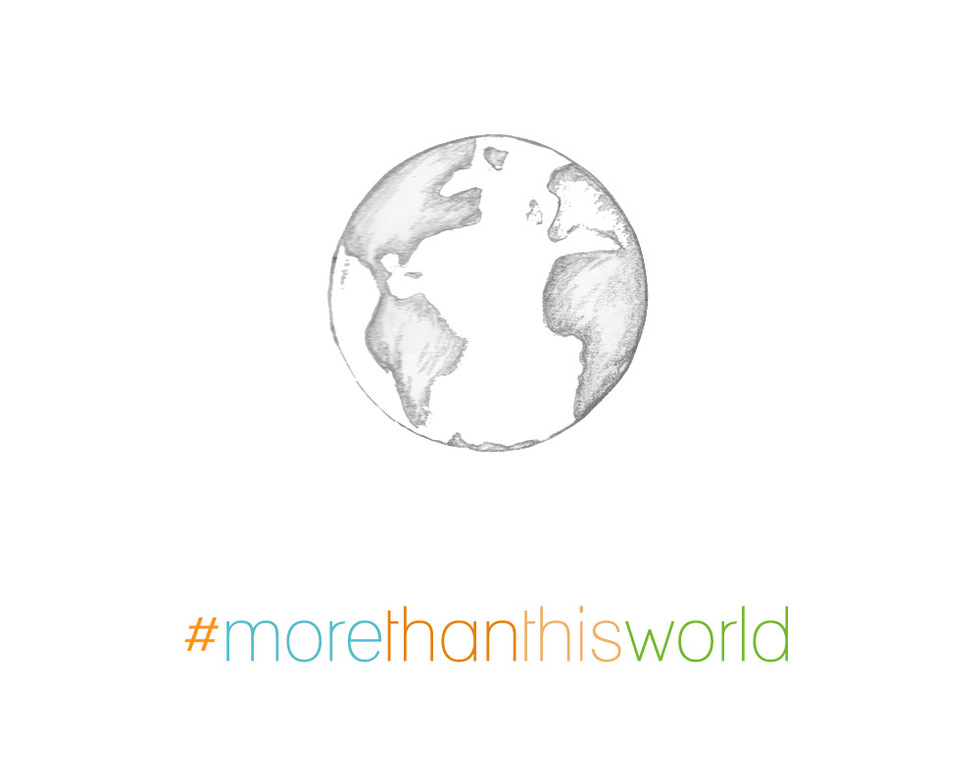 At the end of C.S. Lewis’ remarkable essay, Is Theology Poetry? he writes this beautiful line:

“I believe in Christianity as I believe that the Sun has risen, not only because I see it, but because by it I see everything else.”

Christianity, once embraced, gave Lewis lenses from which to understand science, history, beauty, human desire and longing. The ability of Christianity to coherently explain the datum of history, science and theology in an intellectually rigorous and emotionally satisfying manner suggested strongly to Lewis that Christianity was indeed the true world picture. Not only did he see the truth of Christianity, once he embraced it as true it gave him a workable framework from which to explore and understand other areas of study and human experience.

Working from this paradigm Lewis famously formulated an argument for God and heaven based on human desires and longings. It should be said at the outset of this article, however, that it somewhat misleading to refer to it as a formal ‘argument’ for it may be more of an insightful exploration of the human longing for joy and transcendence that is, in Lewis’ view, best explained by the Christian doctrine of heaven, and the human soul’s desire for God. Though this intuition of Lewis’ is not an iron clad proof for God or heaven (no such proofs exist) it does have powerful emotional appeal and shows us the explanatory power of the theistic worldview to make sense of life as we find it.

To get a feel for Lewis’ insight into desire, or what he labeled ‘joy,’ I want to provide the reader with some extensive quotations:

“There have been times when I think we do not desire heaven; but more often I find myself wondering whether, in our heart of hearts, we have ever desired anything else. You may have noticed that the books you really love are bound together by a secret thread. You know very well what is the common quality that makes you love them, though you cannot put it into words…Again, you have stood before some landscape, which seems to embody what you have been looking for all of your life…Are not all life-long friendships born at the moment when at last you meet another human being who has some inkling of that which you were born desiring, and which, beneath the flux of other desires and in all momentary silences between the louder passions, night and day, year by year, from childhood to old age, you are looking for, watching for, listening for?

You have never had it. All the things that has ever deeply possessed your soul have been but hints of it – tantalizing glimpses, promises never quite fulfilled, echoes that died away just as they caught your ear. But if it should ever really become manifest – if there ever came an echo that did not die away but swelled into the sound itself - you would know it. Beyond all possibility of doubt you would say, ‘Here at last is the thing I was made for.’

We cannot tell each other about it. It is the secret signature of each soul, the incommunicable and unappeasable want, the thing we desired before we met our wives or made our friends or chose our work, and which we shall still desire on our deathbeds, when the mind no longer knows wife or friend or work. While we are, this is. If we lose this, we lose all.” (The Problem of Pain, p. 150,151)

I have always found this passage very moving. Even now it is hard to read it without tears, without these very words stirring up the longing he is describing for heaven and for God. Lewis is speaking about the thrill of transcendence that all people, regardless of worldview, experience; though illusive at times, it is a profound desire that is tethered to our humanness. We can’t shake it, nor do we want to. Lewis writes his clearest statement of this argument in the chapter entitled ‘Hope’ found in Mere Christianity.

“Most people, if they had learned to really look into their own hearts, would know that they do want, and want acutely, something that cannot be had in this world. There are all sorts of things in this world that offer to give it to you, but they never quite keep their promise. The longings which arise in us when we first fall in love, or first think of some foreign country, or first take up some subject that excites us, are longings which no marriage, no travel, no learning, can really satisfy.

I am not now speaking of what would be ordinarily called unsuccessful marriages, or holidays, or learned careers. I am speaking of the best possible ones. There was something we grasped at, in the first moment of longing, which just fades away in the reality. I think everyone knows what I mean. The wife may be a good wife, and the hotel and scenery may have been excellent… but something has evaded us…” (Mere Christianity, p. 135)

The power of Lewis’ apologetic is stated in the line, ‘I think everything knows what I mean.’ He is trying to work from common ground, common experiences that are deeply profound for the people who have them. There are also very practical implications for us that Lewis outlines when he discusses the wrong ways in which to respond to these shared human longings. Here is the fool’s response:

“He puts the blame on the things themselves. He goes on all his life thinking that if only he tried another woman, or went for a more expensive holiday, or whatever it is, then, this time, he really would catch the mysterious something that we are all after. Most of the bored, discontented, rich people in the world are of this type. They spend their whole life trotting from woman to woman (through the divorce courts), from continent to continent, from hobby to hobby, always thinking that the latest is ‘the Real thing’ at last, and always disappointed.” (Mere Christianity, p. 136)

Lewis is, of course, describing the grass is always greener on the other side of the fence syndrome.  And this cliché is very true if by the other side of the fence you mean God’s new heavens and new earth. But most often this is not what we mean. We are looking for earthly things to fill the heavenly hole in our soul. And it doesn’t work. It can’t. We all have a happiness bucket filled with holes. We try and try to fill the bucket with new experiences and the fulfillment of desires and we are happy for a time. But inevitably the happiness leaks away and we slowly start to realize that we can’t plug the holes in our happiness bucket with more money, more sex and more success. Lewis would say that the holes cannot and will not be plugged up this side of heaven. Here is the Christian approach to this problem that Lewis outlines:

Lewis’ insights can be best formulated into an argument if we reason in an abductive manner. Alister McGrath explains an abductive argument in this way, “Suppose A were true. Then we would expect to observe B. But we do observe B. This gives us reason to think that A might be right.”[1]If you put this manner of reasoning into premises it would look like this:[2]

3.    There is, therefore, reason to suspect that C is true.

McGrath then proceeds to apply this form of argumentation to Lewis’ writing on desire and joy:[3]

1.    We experience a sense of morality and ‘a desire which no experience in this world can satisfy.’

2.    If the Christian way of thinking is correct, this type of desire or longing would be expected.

3.    Hence, there is some reason to expect that Christianity is true.

1.    Major premise: Every natural or innate desire in us corresponds to a real object that can satisfy that desire.

2.    Minor Premise: There exists in us a desire, which nothing in time, nothing on earth, no creature, can satisfy.

3.    There exists something outside of time, earth, and creatures, which can satisfy this desire.

1.    Observation: I find in myself a desire for which no experience in this world can satisfy.

2.    Supposal: If I were made for another world, this is what I would expect.

3.    Conclusion: The most probable explanation of this observation is that I was made for another world.

However one formulates Lewis’ insights it remains, for me at least, a compelling argument that highlights the explanatory power of the Christian worldview, lending credence to Lewis’ claim that ‘Christianity is like the sun. Not only do I see it, but by it I see everything else.’

[3] See Peter Kreeft & Ronald K. Tacelli, Handbook of Christian Apologetics. p78 or Alister McGrath, The Intellectual World of C.S. Lewis. It is in this work that McGrath outlines Lewis’ argument in the above manners. p. 119, 120